On Sunday 6th February 2017, the Abdullah Quilliam Mosque and Heritage Centre hosted a Victorian themed open day for the general public as part of a national initiative called “Visit my mosque” where 100s of mosques across the country, including several in Liverpool, are opening their doors to people of all faiths and none.

The event was hosted at England’s First Mosque at 8-10 Brougham Terrace, which was established by Abdullah Quilliam in 1889- a prominent Liverpool Victorian solicitor who rose to prominence after he converted to Islam in 1887. He formed a community of 500 white British Muslims in Liverpool and was the acknowledged head of British Muslims at that time.

The open day celebrated the life and era of Quilliam featuring displays of Victorian costumes, horse rides (Quilliam’s preferred mode of transport), Victorian styled candy carts, renditions of Islamic hymns Quilliam would have sang, and Victorian “high tea” being served during tours of the building. One visitor named Alison remarked:

“What an enjoyable & enlightening afternoon myself and my son had. It was a lovely afternoon listening to how sympathetically the building is getting restored and listen to interesting facts on Islam in a world where racism is rife.” 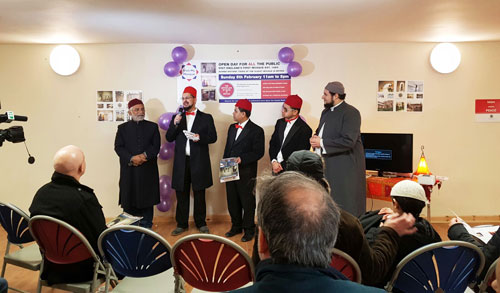 More than 200 people, attended from Merseyside (West Derby, Norris Green, Sefton, Wirral & St Helens) and as far afield as Cheshire and Lancaster proving the site is a faith tourist attraction in its own right. Chief amongst the visitors were the Bishop of Liverpool, Right Revd Paul Bayes and Rector of Liverpool, Right Revd Dr Crispin Pailing. Bishop Paul spoke about historic close ties between the Christian & Muslim community in Liverpool, with Bishop Paul’s predecessor, Bishop James Jones being is a patron of the Abdullah Quilliam Society, and stressed that he stood “shoulder to shoulder” with the Muslim community through the current challenging times.

The Abdullah Quilliam Society has been in possession of England’s first mosque since 2003 when Liverpool City Council relocated the Births, Marriages and Death’s Registry from the site and has spent more than £1.3million in private donations on the ongoing building restoration due to be completed within 2 years.

Chairman of the Abdullah Quilliam Society, Galib Khan, said “This is the second year we have participated in the Visit My Mosque initiative. This mosque is special because is it a shared heritage between the Muslim and wider Liverpool community who know it as the registry office. This is why in 2013, it was voted No11 out of 100 buildings in a series produced by ITV and English Heritage called Britain’s Secret Homes. Looking forwards, this is a 21st Century mosque incorporating worship, education, social welfare & health projects with heritage at its heart. Quilliam set the blueprint and we are simply setting it into motion.” 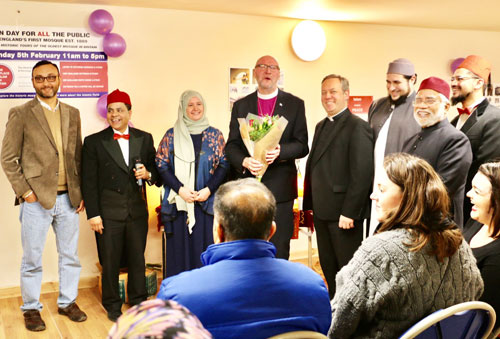 Trustee and Head of Restoration, Dr Abdul Hamid, said “It has been a real privilege restoring Abdullah Quilliam’s building and a great responsibility to work on a Grade 2 listed national heritage monument. We are lovingly recreating what Quilliam would have had here including painstaking restoration of 185 year old original features including sash windows, plaster covings, oak beams and balustrades. There are 500 timber joists in this building, slates from Cumbria and stone from Yorkshire. Unlike modern structures, we have used very little metal and maintained the original timbers. This has meant we have revived many original Victorian building trades and crafts which are becoming obsolete including production of lime plaster with English Shire horse hair. This is the same plaster used in St George’s Hall. All of our supplies are procured in Britain. This work is very labour intensive and often delicate but is certainly worth it. It has also deepened our appreciation of the expertise of Victorian construction techniques and how skilled they were. Throughout the day we have conducted tours of the building and the public have been fascinated to learn about the conservation efforts. This building nowadays would cost tens of millions to build.”

The open day was hosted by the committee of the Abdullah Quilliam Society but also members of the congregation including a large number of converted Muslims who look to Quilliam as a role model. One of them said “Quilliam was a scouser and a Muslim and we feel very proud that he should establish the first mosque in England. As Liverpudlians we have always been free thinkers who follow our consciences rather than what people tell us to do or how the media portray us. Quilliam’s message for me is about love and reaching out to others particularly the poor and needy and entering into dialogue with people. That’s what we want to do here and the response has been tremendous today from the Liverpool public.”

The event was attended by members of Liverpool and Everton Football Club Supporters Group whose initiative “Fans Supporting Foodbanks” is being supported by AQS. They commented “We have been bowled over by the welcome and support we have received here. This is a hidden gem in Liverpool which we never knew about until recently. We’re very pleased to be working with them as football has the power to bring people of all colour and faiths together.” Whilst he was talking people took to social media to say “You’ll Never Worship Alone”. In all, more than 40,000 people followed the event on social media. 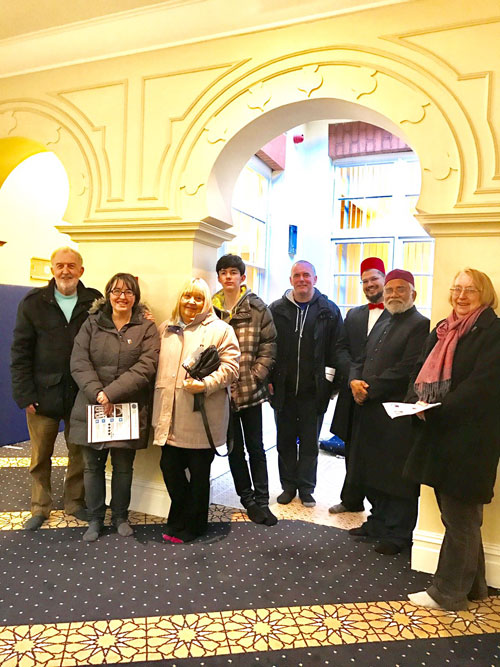 Islamic Chaplain, Adam Kelwick, said “Mosques are places of worship- Quilliam actually called his mosque the Church of Islam. Mosques are houses of God and as Muslims we believe we are all children of Adam so everyone is welcome at a mosque regardless of their gender, race, background or belief. Quilliam’s mosque was also a sanctuary for the homeless and the poor and that is why we do a lot of work to support refugees and asylum seekers and run a foodbank and are planning a soup kitchen. We want to build bridges not walls.”