Robert ‘Reschid’ Stanley was the Mayor of Stalybridge and he converted to Islam in 1898 at the Liverpool Muslim Institute, in the presence of Abdullah Quilliam. He became great friends with the Sheikh and a Vice-Chairman of the LMI. When he died, his family covered up his conversion and a century later the truth of his life was rediscovered. By a ‘strange twist of fate’ though, his own great great great grandson had himself, converted to Islam – without knowing any of this incredible history!

Do you think that you might have something; a letter, a newspaper clipping, a photograph, an item or artefact that seems to have something to do with Muslims living in Britain? Do you feel a bit baffled about it? Do you wonder whether it is significant?

If so, we appeal for you to contact the AQS about it!

In 1999, my dad, Brian Longden, made the most astonishing discovery. His great-great grandad had converted to Islam. We had always known that our ancestor had been a grocer involved in the tea trade and that he had been the Mayor of Stalybridge during Victorian times – but a Muslim? What a surprise!

We only found this out because an elderly relative handed Brian a faded copy of a magazine dated 1907 and named ‘The Crescent’, which featured Robert – now ‘Robert Reschid Stanley.’ After we realised the significance of this, we asked around the wider family and another relative happened to have the very fez that used to belong to Robert. They had had no idea what it meant – or indeed, why they had somehow felt that they should hold onto it! Later, we found a jewelled lapel pin with a star and crescent moon…

The pieces began fitting into place – our family had covered up Robert’s conversion to Islam. But we were committed to uncovering his story, and we were so fortunate to have the AQS to support us, in our work to find out more about our incredible ancestor. 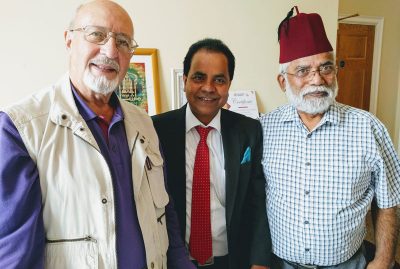 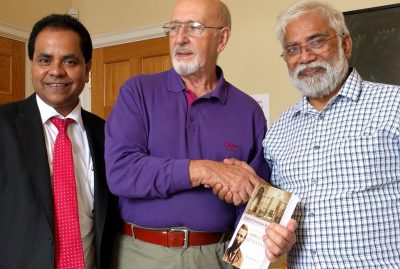 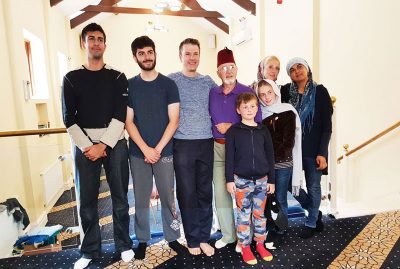 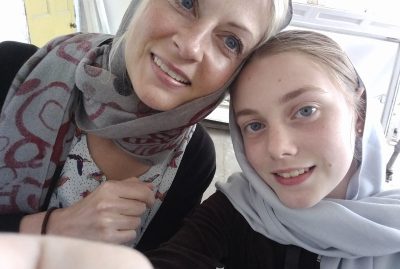 Christina and Ruby in AQ Mosque

As we have been tracing the life of Robert – and writing two books about his life (www.robertreschid.wordpress.com) – we have come to realise that many non-Muslims in Britain will be descended from these early converts to Islam. And that they may have items of huge historical and emotional importance that need further investigation.

If you have found anything during your own family history search that might relate to Muslim converts in the 19th century and early 20th century, we urge you to get in touch with the AQS. They are a registered charity who are dedicated to preserving British history and they are devoted to creating greater understanding between British Muslims and non-Muslims. If you lack confidence about the significance of your ‘find’ – they might be able to help!

We wish you every success on your own family history journey and we thank the AQS for the warm interest in, and support for our own research into the life of Bro. Robert ‘Reschid’ Stanley.
Christina and Steven Longden (Great x 3 grandchildren of Robert Stanley.) www.robertreschidstanley.wordpress.com